According to research smooking and driking heavily slows down brain.

Smokers who drink heavily cause their brains to deteriorate faster than people who avoid cigarettes and drink in moderation, a new study suggests.

Researchers from University College London found smoking and drinking more than the recommended weekly amount speeds up cognitive decline by as much as 36%.

The results of the 10-year study, which involved more than 6,400 civil servants, are published in the British Journal of Psychiatry.

Each person was asked about their cigarette and alcohol consumption and had their cognitive function - their verbal and mathematical reasoning, short-term verbal memory and verbal fluency - measured every four months.

On average, the brains of smokers who were also heavy drinkers aged by the equivalent of 12 years - two years longer than the study itself.

Dr Gareth Hagger-Johnson, lead researcher at UCL, said: "From a public health perspective, the increasing burden associated with cognitive ageing could be reduced if lifestyle factors can be modified.

"Current advice is that smokers should stop or cut down and that people should avoid heavy alcohol drinking.

"Our study suggests that people should also be advised not to combine these two unhealthy behaviours - particularly from mid-life onwards.

undreds of thousands of youngsters clean their teeth at the same time, beating the previous landmark set in 2007

More than 300,000 children from over 300 Nigerian schools have set a new world record for the most people brushing their teeth at the same time.

The largest gathering was at the Teslim Balogun Stadium in Lagos, with smaller events organised simultaneously at hundreds of other locations across the capital.

Nigerian Dental Association president Dr Olurotimi Olojede said the event aimed to teach pupils how to brush and to help them understand the importance of good oral hygiene.

He said: "Bringing our children, schoolchildren, letting them know the importance of brushing and having good oral hygiene, I think it is a good thing at this point in time for our country."

The participants said they enjoyed the experience - with some already planning to tell their future children about it.

One boy said: "At the beginning, I was having second thoughts about it.

"But by the end, I'm quite happy I was part of this experience. And I think this is history I'm going to pass down, definitely, to my children."

One girl added: "It was fun. I learned a lot of things and I had an experience that I don't think I'll ever forget."

They smashed the previous record set in India in 2007 where 177,003 people brushed their teeth at the same time....

Heartland sets up panel to investigate home loss to Eyimba 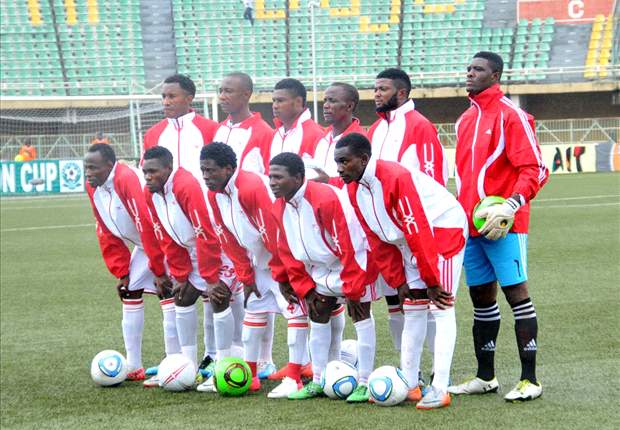 Heartland have inaugurated a three-man panel of inquiry over allegations that some members of the club either compromised themselves or  sold out the team in the controversial 0-1 defeat by Enyimba during the Week 20 NPFL game which took place at the Dan Anyiam Stadium two weeks ago.

Inaugurating the panel at the club’s house in Owerri, Heartland chairman, Chief Fan Ndubuoke stated that he was acting in accordance with the directive of the commissioner for youth and sports following allegations of sell out and coupled with the sudden drop in form by the ‘Naze Millionaires.’

The panel members include Mr. Chukas Eregbu, Mr. Venatius T. Eke and High Chief MacDonald Amadi who would serve as the chairman. Ndubuoke tasked the members to identify the role of management members, coaches and or players in any such sell out.

The panel is also to identify reasons for the sudden apparent decline in the club’s performance in the league, identify the person or persons within Imo State working against the progress of the team and promoting the perceived gang-up against the club at home and also to investigate the role of security agents in the intimidation of the team at its home ground.

Amadi, the panel chairman, assured that the panel will do its best to meet the expectations of Imo people. The panel has two weeks to complete its work.

Meanwhile, Ndubuoke irked by the dwindling performance of the team recently, has read the riot act to both players and officials.

He also announced that the club has received 60million Naira from the government to settle some of last season’s sign-on fees and also commit to new contracts as well as run other businesses of the club.

As Goal chooses its top 50 players of 2013, we bring up the names of 10 Nigerians who should be a part of the list 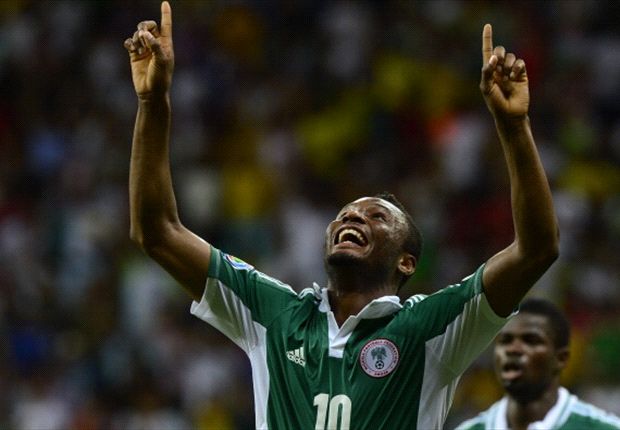 Goal is in the process of choosing its top 50 players of 2013 and Goal Nigeria highlights the top 10 Nigerian players that could make that list in alphabetical order. 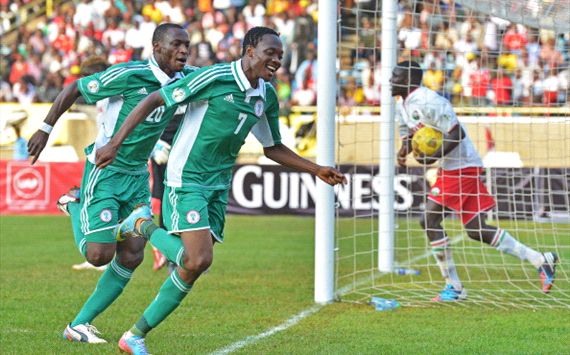 Ahmed Musa has definitely had more joy with CSKA Moscow than with the Super Eagles, where he was relegated to the bench in favour of Victor Moses.

In Russia, he reigned supreme – finishing as the highest goal scorer for his club in the league and helping his team win the league after seven barren years. He was also prominent during the Cup run which they won on penalties. For the coming season, he needs to consolidate his form at club level and translate that into the Super Eagles for greater effect. 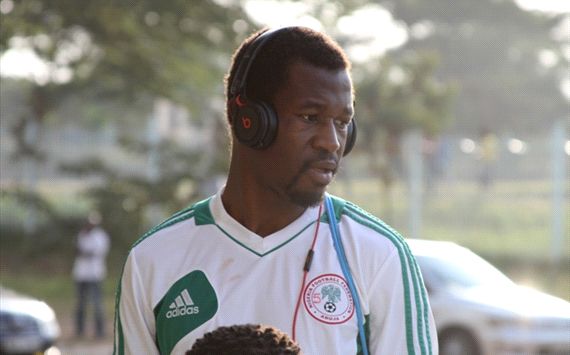 Another serial winner in 2013, Efe Ambrose even scored for the Super Eagles against Liberia to help the team get to the Nations Cup. In South Africa, he proved a wise choice at right back.

At Celtic, whom he joined at the beginning of last season, he proved himself in the Scottish League and in the Champions League and was part of the Celtic team that famously beat Barcelona 1-0 at Hampden Park.

He ended the season with the Nations Cup and the Scottish League and Cup. He could move in the transfer window to the Premiership. 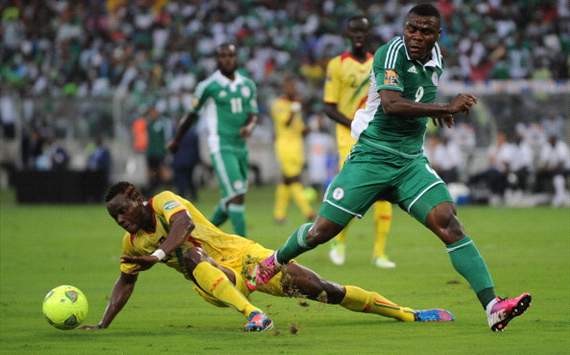 Emmanuel Emenike finally made the promise count for the Super Eagles in South Africa in January. He scored Nigeria’s first goal at the tournament and also scored a blaster against the Elephants of Cote d’Ivoire in the quarter finals.

Though he has had to battle two injury stints this year, the Super Eagles have missed his bustling runs and power. Now back from injury, he will be hoping to make up for lost time by powering the Eagles to qualify for the 2014 World Cup. 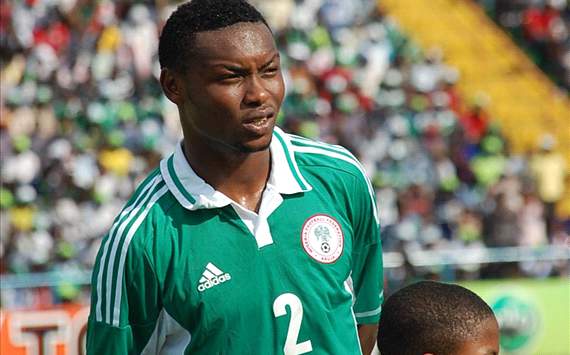 The Sunshine Stars defender has been an ever present in the Super Eagles first XI in all their matches in 2013. Cool, calm and collected, Oboabona is no doubt the revelation of the home-based Eagles under Stephen Keshi.

He is the captain of Sunshine Stars who rose through the team's academy and Oboabona’s humility is second to none in the present Eagles' squad. Despite his growing profile, the Akure Gunners' centre back still keeps a low profile.

He was also one of the few players that distinguished themselves at the Fifa Confederations Cup where he was the highest rated Nigerian – at No. 32; ahead of Mikel Obi. 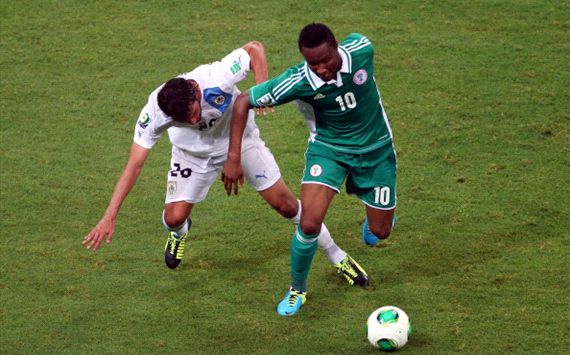 Mikel Obi has been the most experienced outfield player for the Super Eagles in midfield and he finally came good in 2013. He helped the national team win a third Nations Cup and was undoubtedly the outstanding player for the team and in the whole tournament.

Over the last 15 months, he has won the Uefa Champions League, Uefa Europa League, 2013 Africa Cup of Nations and the English FA Cup.

Another good showing at the Fifa Confederations Cup where he scored a delightful goal against Uruguay showed a player who is ready to assume a more offensive posture.

And like he said, he needs to find a balance between his performances for club and country and he is a definite contender for the 2013 Caf Africa Player of the Year award. 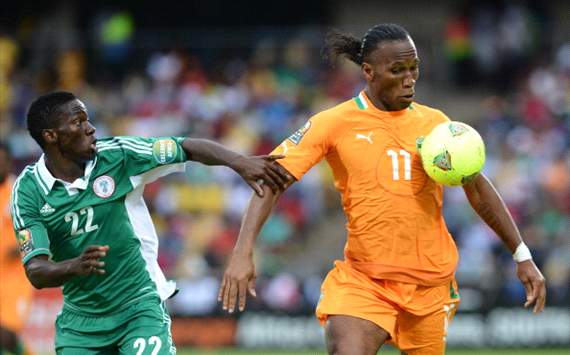 19-year-old defender Kenneth Omeruo came to the fore in the nick of time for the Super Eagles. A former U-17 silver medalist, he came on for Super Eagles captain, Joseph Yobo at the Nations Cup and there has been no looking back.

He has put in many credible performances – from the Nations Cup especially when faced with the might of Didier Drogba and recently at the Fifa Confederations Cup where his partnership with Godfrey Oboabona almost nullified the threats of Edinson Cavani and Luis Suarez has further elevated his reckoning.

On the evidence of these good outings, he has been recalled by Chelsea for pre-season training. 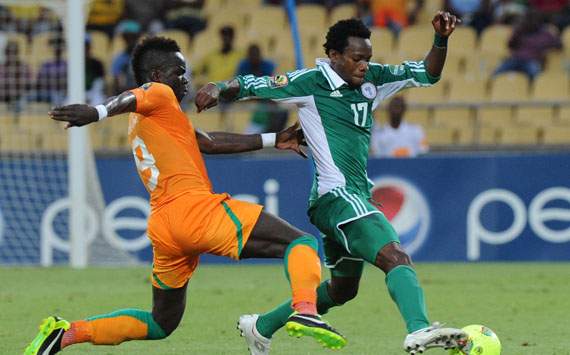 Former U-17 player Ogenyi Onazi has come on in leaps and bounds since breaking into the Lazio squad at the beginning of the 2012/13 season.

About 12 months ago little was known of the player who has now become the lynchpin of the new Super Eagles midfield and for Lazio.

His trademark is the boundless energy he possesses and he is now known for long range shooting. A winner of the Nations Cup and the Italian Cup with Lazio - a measure of his growing importance was the gap that was left in midfield as he succumbed to injury just before the Confederations Cup. 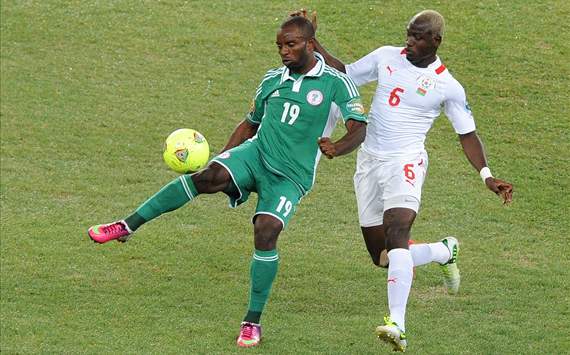 One of the two home-based players to make it to Goal’s Top 10 Nigeria players, Sunday Mba will be famously remembered for his heroics at the 2013 Afcon where his two crucial goals handed the trophy to Nigeria. He was also a junior international at some time in the past.

Currently, the unresolved issues concerning his future have affected his form and he was a shadow of his former self in the 2014 World Cup qualifying game played against Kenya in Calabar and at the recently concluded Fifa Confederations Cup. However, he showed that he still has a lot to give to the team by leading the demolition of Cote D'Ivoire in the CHAN qualification game recently.

If he moves to Europe where he can play consistently, he would become an outstanding player. 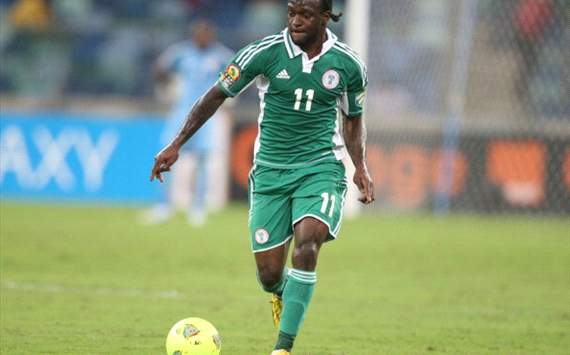 Victor Moses, the Chelsea forward was one of the major ingredients in the Super Eagles’ surprise win in South Africa in February at the Nations Cup.

He also helped Chelsea win the Uefa Europa League with his many crucial goals. A player who is inventive in tight spaces and a good header of the ball, Moses has proved a hit in the Super Eagles.

He was sorely missed at the FIFA Confederations Cup in his preferred wide position. He is also a player that will blossom even more on the world scene if he increases his work rate in the coming years. 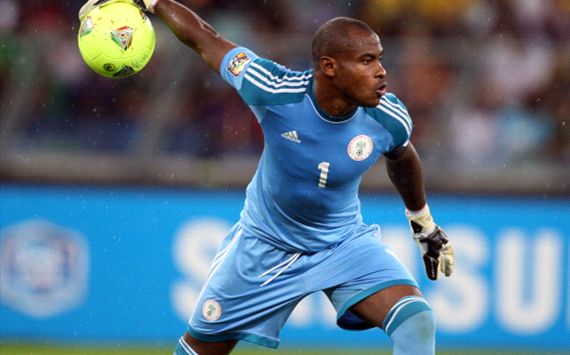 Vincent Enyeama, the ever consistent goal minder for the national team was brilliant for the team in South Africa where he was the substantive captain after Yobo was exiled to the reserves’ bench.

He left Lille on loan to play regularly in Israel with Maccabi Tel Aviv and he won the Cup with them. He has been trying to move to a club in mainstream Europe for some time now but wherever he plays, he is absolute quality.
follow us on twitter @whatsupnaijas for update and facebook.com/whatsupnaija

Oops, you forgot something.

The words you entered did not match the given text. Please try again.